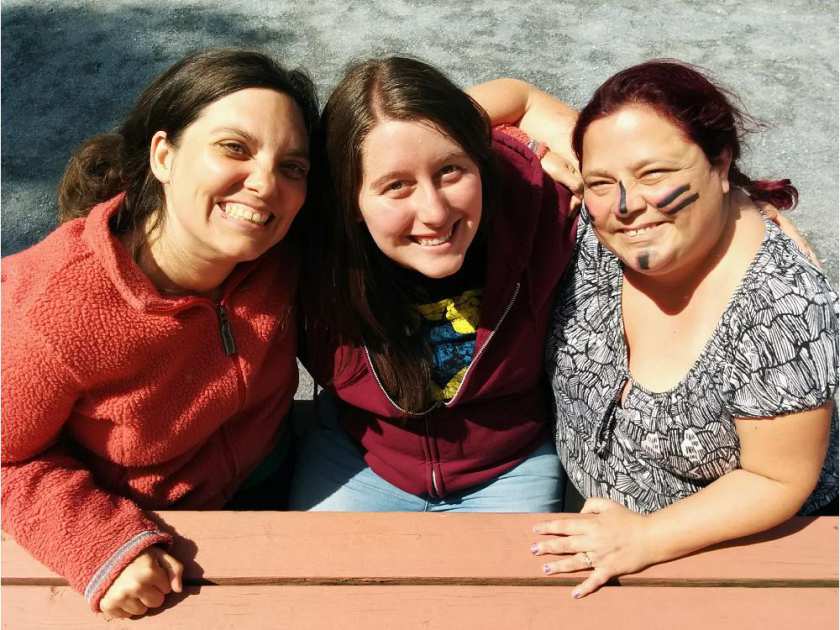 FRELIGHSBURG — Linda Garand doesn’t have a lot of spare time. In addition to her full-time job with Health Canada, she is a single mom and seven-day-a-week caregiver to her disabled adult son.

“Imagine having to take care of a person with the mind of an 8-year-old for the rest of your life, always the same age,” says Garand, a West Island resident. “You have to organize things and you have to plan your entire life, all the time.”

Her son, Richard Latouche, has autism. Garand says it’s been difficult to find caregiving support since her son turned 21.

Garand and Latouche are among the approximately 150 Quebec families to benefit from Camp Garagona in the Eastern Townships, a year-round sleep-away facility with activities and programs tailored to disabled adults. Once a year for the last six years, Latouche attends the camp for 10-days while his mother gets some much-needed respite.

“Garagona is just that rare, wonderful place where you can send your (disabled) family member without being afraid of the quality or the capacity of people to care for him,” Garand explains. “It’s essential to know he is in good hands.”

Tucked between apple orchards and fields of swaying, fragrant hay in the picturesque village of Frelighsburg, Camp Garagona has been open since 1970.

This year has been a milestone one for the camp, as it underwent a$3.5-million-dollar modernization and expansion, which will make it more accessible year-round to more campers. The construction of a new building has allowed for the camp to quadruple its winter capacity.

“This expansion has allowed us to really build something specialized and up to the task that we’re going to ask of it,” says Nick Brien, general manager of Camp Garagona Association Inc., whose partnership with the Butters Foundation made the expansion possible. The foundation raises funds for social innovation and services for people with intellectual disabilities and autism in Quebec. The provincial government also kicked in $750,000 for the expansion.

Garagona has increased its capacity to 40 campers from September to May and can now accommodate as many as 80 campers in the summer. The renovation also upgraded common areas including the cafeteria, infirmary, bathrooms and activity rooms.

Brien says the facility has to be prepared to accommodate campers with varying degrees of need.

“We receive people who have mental disabilities or autism spectrum disorder, mostly adults. People who come to camp may need assistance with day-to-day hygiene and eating,” he said. “They could need help with all their daily habits or they could be very autonomous and talkative and fun and just coming for a vacation, and we just have to make sure the programming is there.”

Eden Muir, one of the renovation project’s architects and a local resident, says the design was conceived to fit in with the camp’s idyllic surroundings. “We always conceived of the new camp as a village, a satellite of Frelighsburg, located just down the hill from Garagona. As such, it needed certain recognizable architectural features: a village green, an administration pavilion; a tower (for the elevator); a great sheltering porch in heavy timber. In terms of architectural style, it’s Townships Traditional meets Adirondack Summer Camp … with a dash of Disney.”

Canadiens great Doug Harvey was involved with the conception and building of the camp back in 1970. Harvey, who had a son with a mental disability, felt that many families could benefit from some extra help. He retrieved furnishings from the Expo 67 pavilions, including bed cots. He also gathered furnishings from the military base in St-Jean-sur-Richelieu for the camp.

On one hot July day, a new group of campers arrives. After unpacking their bags, they head directly for the pool — a favourite activity. Soon, laughter and splashing takes over the camp as the newcomers dive in, playing water volleyball and “splash the councillor.” Another group heads out on a nature hike.

The camp offers creative programming in a non-competitive environment, which is something the guests can adapt to well. Half of the activities take place indoors, such as theatre projects, visual arts, music, dance, crafts and other creative pursuits. The other half of the programming takes place outdoors — nature walks and other recreational pursuits, including time in the pool. The camp also holds an annual Olympiad that is very popular with the campers and their families.

Thirty-one-year-old camper Mélanie Beauregard of Laval adores the new facilities and is thrilled at the chance to see her friends again. This is her seventh summer at Garagona, and her favourite activity is art class.

“The cafeteria, the new buildings, it’s very large and open and the set-up is better with the bigger bathrooms, new showers and just better facilities. It’s inspirational to my art,” says Mélanie, who has a light disability.

“Generally, just coming to camp is exciting and when I show up I take a direct line for the swimming pool, but my life would be boring without my camp and my camp friends and staff.” Hugging a fellow camper, she continues: “Amy is like my sister, my best friend. Every summer when I come, I have the same people in my cabin. So getting together with my friends helps me to create my art.”

Julie Di Pietrantonio has been a councillor at Garagona for four years. She has witnessed the reaction of the campers and their parents as they arrive at the newly modernized camp. “ ‘Wow! It’s so big,’ is their first reaction,” she says. “They love the increased space and the fact that all campers can now dine together and chit-chat in the brand-new, larger cafeteria.

“After that, camp is camp!”

The camp is expecting a total of 300 individuals come through summer its sessions this year, with as many as 75 visitors at one given session, which are from two to 10 days long. The facility employs eight permanent, full-time staffers year-round, with an additional 35 seasonal employees in the summer.

Fees at Camp Garagona range from 100$ to 168$ a day, depending on the individual’s level of autonomy.

For Garand, the camp’s value is indisputable.

“I wish I could tell you the wonderful things I did as soon as he was gone, but in reality I slept for four hours. I was completely, completely exhausted,” she explained.

“It’s just extraordinary, you know; you go pick him up at the end of the stay and he is clean, happy and he’s had all types of adventures. His suitcase is organized, it’s just wonderful! He has been there since Monday, and hasn’t called me once. Everything is fine!”

By ROBERT J. GALBRAITH SPECIAL for the MONTREAL GAZETTE